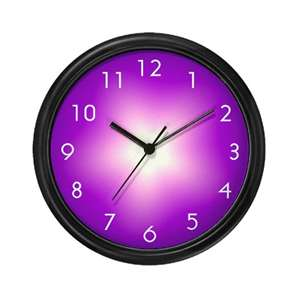 A friend of mine threatened to unfriend anyone who wished her a “Happy New Years” because “it’s singular”…”New Year!”

That made me think, why do some people do that? One reason, I think, is because of the New Year’s Resolution. Of course you might say “new year resolution”, but that wouldn’t be grammatically correct. New Year’s Resolution is a pretty common saying, and yields over 159 million hits on Google.

For the failures, maybe it’s the possessive ‘s in New Year’s Resolution that is to blame. Maybe, if the resolution belongs to the New Year, then it does not belong to you. Maybe, if that’s true you might be less likely to own it and follow through.

In fact, this supports another theory I have. If you always wait for January 1st to actually resolve to do something, are you really resolved?

Perhaps what you need to do is have a resolution revolution. In other words, don’t tie yourself to a date to start.

Um….no. That’s not going to work. Two problems hit me. One, giving up soda is a big change. And two, why will it work in two weeks if I can’t see myself doing it today?

So I decided on something different. I decided that day to stop buying soda at work. Now. And it worked (mostly). In the last year, I haven’t used the soda fountain in the cafeteria for anything but water. Of course, I have struggled a few times and had an occasional soda when I eat lunch out. And I still have soda sometimes on Sat/Sun. But weekends weren’t a part of the resolution.

But by just deciding to do it then and there, and allowing myself a little leeway by taking an exception at lunch every week or two, I was able to cut way back on my soda consumption.

In May of 2017, I decided I wanted to take up swimming. Over the first few months, it was tough to find time to make it out more than 2-3 times a week. Plus it takes time to recover when you start a new program. It wasn’t until October that I consistently swim 5 or more times a week. And my biggest gains have come in Nov/Dec.

These examples lead me to a couple of lessons that have helped me during 2017, and might help you in 2018:

As far as some guidance on how to write effective goals, even if it’s – gasp – January 2nd or later, my friend Dr. Julie Connor wrote an excellent post on How to Write Awesome new Year’s Resolutions. Check it out.