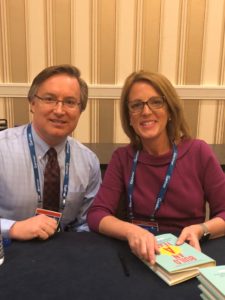 “Disruptive movement must come from within” – Leo Tolstoy

This week I had the opportunity to attend a conference near Washington DC, and the guest Keynote on the first evening was delivered by author Whitney Johnson.

Whitney’s trademark phrase is Disrupt Yourself, and in her keynote she gave some eye-opening thoughts about Disruption as well as an overall framework with specific suggestions on how we can disrupt ourselves and our industries.

One of her big ideas is that Disruptive Innovation follows a framework. This framework is also covered in greater detail in her new book, titled Build an A-Team: Play to Their Strengths and Lead Them Up the Learning Curve.

She covered her S curve, which she described as a tool made to bring predictability to the unpredictable. Using this tool, you can look at your potential for disruption in the framework of Building Competence, Confidence and Mastery of yourself or your team.

The ideal ratio she suggested was 15-70-15. That’s 15 percent of your team that is Building Competence, 70 percent Confidence and 15 percent Mastery.

Whitney went on to cover her Seven Accelerants of Learning and Growth. This was really well formatted and easy to follow, and is also covered in some detail in the book. For even greater detail, take a look at her recent book, Disrupt Yourself: Putting the Power of Disruptive Innovation to Work.

I won’t list all of them here (read the book!) but I will cover a couple that stood out to me.

Play to your distinctive strengths – so often we don’t truly know our strengths, or downplay them in our daily lives. Whitney suggests three questions to help with this:

Battle Entitlement – Whitney called this the most important lever to pull.

The more successful we are, the more we think we deserve our success. She reminded us that sometimes things don’t go our way, as in a promotion, credit for great work or a raise we feel is deserved. Don’t let those setbacks cause you to backslide. Keep moving!

Be discovery driven – Whitney talked about the example of Lewis and Clark, who went on a journey to discover the land acquired in the Louisiana Purchase. She mentioned how when they came to the end of the river they had to switch from boats to land transportation, when their supplies ran out they needed to hunt, and when they were lost they had to get a guide.

The message (I took from that) was be adaptable and recognize that your journey might take you places you didn’t expect, but turn out to be pretty amazing.

She also mixed in a good doe of audience involvement, having us work through a couple of ideas to help us be more disruptive…in a good way.

She closed with one question, which I’ll pass on to you – What can you do in the next 24 hours to disrupt yourself?

After hearing her speak and meeting her at the book signing, I decided to Take a look at her Amazon page and in the next few days I’ll be reading Build an A-Team. I hope you will too.

“If it feels scary and lonely, you are on the right path.” – Whitney Johnson