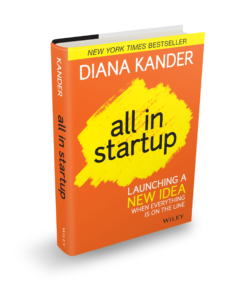 Diana Kander gave the opening keynote at the Gartner PPM Summit in Orlando and spoke on The Expert Trap. In this, she talked about the importance of Shoshin, which is a concept in Zen Buddhism meaning Beginners Mindset.

A Beginners Mindset is basically a method of approaching problems with the humility that your guesses could be wrong and they should be tested/challenged rather than defended.

This comes from data showing that in many examples, experts can be stuck in a specific frame of mind that actually limits their ability to come up with creative solutions.

Throughout her keynote, she discussed the 3 key concerns in the expert trap:

1 – Hubris – dangerous overconfidence
Diana asked the audience, “raise your hand if you think you are an expert driver”. Lots of hands went up. There’s a study that shows that in the US, 93% or respondents consider themselves above average. hmmmmm. So if 49.9% (like me) are above average, that means about 43% are just a bit off target…or worse, overconfident in their abilities.

She then asked, “do you think you’re an expert breather”. You know, breathing. We should all be good at that, right? Basically, everyone raised their hands. Diana then had us stand up, put on hand on our chest and one on our stomach. Then she asked us to take a breath. She asked those who felt their hand move on their chest to raise their hand. About 70% of the hands went up. She then let us know…that’s the wrong way to breathe.

Bonus: She mentioned a public speaking tip from this. Breathing where the hand on your stomach is the one that moves will reduce fatigue and losing your voice when your speaking on stage.

2 – Confirmation Bias – basically reinforcing your own beliefs despite evidence to the contrary
Diana called up a volunteer to the stage to play something she called the 3 numbers game. I don’t want to ruin for you, so I won’t give away the actual answer. In the game, she provided three numbers and asked the volunteer to either guess the rule they follow, or guess 3 different numbers and learn if those followed the same rule. He could do either one until he came to the correct answer. One thing that happened was very interesting. Despite being told he was not correct when he guessed that the numbers were squares of the previous number, he still made guesses that followed the square rule. Essentially, his confirmation bias made him stay in the same line of guesses even though they would certainly be wrong.

In another example, there was a company that went down a marketing strategy to entice customers to submit loan paperwork. When the process showed some initial success, they wanted to press on with a bigger campaign. When the company sought some data science help to confirm the findings, they revealed some surprising results. Yes, the campaign did result in more loan applications. However, the loan applications that were submitted by those receiving the gift were dramatically more likely to end from the customer’s request before the loan was actually executed. This meant other departments were spending time and effort on applications that were not likely to become customers.

3 – Fear of Failure – Remember, failure is just a form of feedback
Diana reminded us that we should not be afraid to share our stories. One company had an embarrassing launch because of one digit in a phone number that resulted in calls to a phone sex line. The PM was so embarrassed she never shared the story, and a few years later another project in that company launched a product with a bad phone number. Not as bad as the last one, but a costly mistake nonetheless.

2 questions you should ask:

Throughout her presentation, Diana told interesting stories, shared relevant personal experiences and interacted well with the audience. Throughout that day and the next, I’ve heard numerous people (out of 1,500 attendees) say how her keynote was the highlight of the conference. At an event with north of 100 separate sessions (many time slots have between 4 and 8 sessions running concurrently) I think that is saying something.

Her three keys to the expert trap: Hubris, Confirmation Bias and Fear of Failure can apply to pretty much any industry or endeavor. Giving us examples to relate to and ways to combat those made this presentation great.

Remember Shoshin…keep a beginner’s mindset when you have a problem to solve, and you’ll be better able to see possibilities where others don’t.

Note: I recommend taking a look at her videos on YouTube to learn more!